Community Open Days are coming up and we want to hear from you! 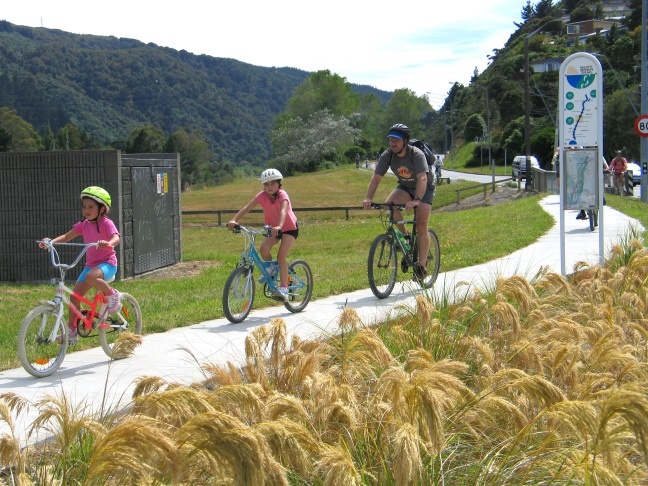 The community is invited to Open Days on the 6, 7, and 8 of April for an update and an opportunity to provide some important feedback on the project.
The Open Days will include;
• An update on the design for flood protection between Kennedy Good and Ewen bridges.
• An opportunity to give feedback on some aspects of the designs for the riverside.
• Information on the proposed riverside promenade, that would sit atop the new flood protection banks on the eastern /city side of the river.
• Sharing investigations into improvements at Melling Intersection, including results from customer insight surveys and some options being considered.
RiverLink Community Open Days
Thursday 6 April, 1pm to 7pm
Friday 7 April, 1pm to 8pm
Saturday 8 April, 7 10am to 5pm
At The Dowse Art Museum - James Coe 1

Lower Hutt Mayor Ray Wallace says, “RiverLink is a very significant project for Lower Hutt. This is a great opportunity to transform our city centre and the projected economic and social benefits from this investment are remarkable. Changes to access and safety are being looked at for the Melling intersection, and the flood protection work is essential. RiverLink has had strong public confidence with 91% support for the Promenade Project at the latest survey this January. The Open Days provide an opportunity for the community to find out what has happened so far, and give us feedback on more project plans.”

Chair of GWRC’s Hutt Valley Flood Management Subcommittee, Prue Lamason, says “It was fantastic to get a strong steer from residents on which flood protection option they wanted us to progress. The preliminary design for the flood protection aspect of the RiverLink project is almost complete, so the open days give people the chance to see how the plans have progressed.”

People will be asked for their feedback on some aspects of the project plans for the riverside, such as landscaping and access design. The designs are based on earlier consultation with the community. Sharing these designs at the open days is an opportunity to confirm that they reflect what the community expects.

A proposed riverside promenade would sit atop the new flood protection banks on the eastern /city side of the river. The proposed promenade will encourage mixed use development, including apartments, and turn the city to face the river.

The promenade design includes a pedestrian cycle bridge, which would improve the link between the city centre and Melling railway station as well as connecting with walking, cycling and new recreational opportunities. Any future improvements to Melling intersection are also likely to mean the railway station would need to move. It could move south to reduce its distance to the city centre across a new pedestrian cycle bridge. Funding for the promenade and pedestrian cycle bridge is included in Hutt City Council’s proposed Annual Plan 2016/17 and so the timing is excellent to hear people’s views. Funding for the flood protection works is included in Greater Wellington Regional Councils existing Long Term Plan.