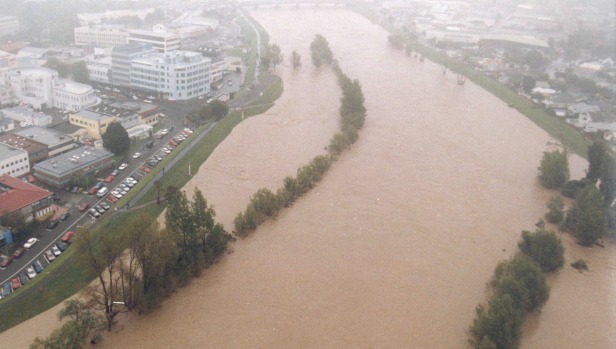 The stopbanks did not suffer any damage in the earthquake on 15 November 2016 but we are mindful of the primary fault rupture zone and the new stopbanks will be applying techniques to further enhance their resilience. It’s a prudent approach given that much of the land along Pharazyn St and at Melling are astride the Wellington fault and within its “primary fault rupture zone” where there is potential for ground deformation during a rupture of the wellington fault.
We’re taking the opportunity during the preliminary design phase to build in extra strengthening. In the design of stopbanks and associated structures, the project team is looking at how we can keep the stopbanks standing in lower end shakes and reduce the damage during major shakes.
Standard earthen stopbanks, common throughout the Hutt Valley, are favoured because they can be easily, quickly and cost-effectively repaired. In parts of Pharazyn Street, where the stopbank is located in the fault zone, we will look at options such as geogrid reinforced earth structures, which use synthetic mesh layers to minimise land movement, to improve their seismic performance.
For areas which will require retaining walls in the stopbank we will look at more flexible structures such as mechanically stabilised earth walls, which use large “jigsaw” blocks along their faces that allow for some movement without cracking or collapsing.
There is strong evidence from past earthquakes in New Zealand and elsewhere that these modified structures generally perform better than other designs because of their ability to stretch and bend but not collapse under force.