Choice 1: A long-term solution for the Wairarapa Rail Line and Capital Connection 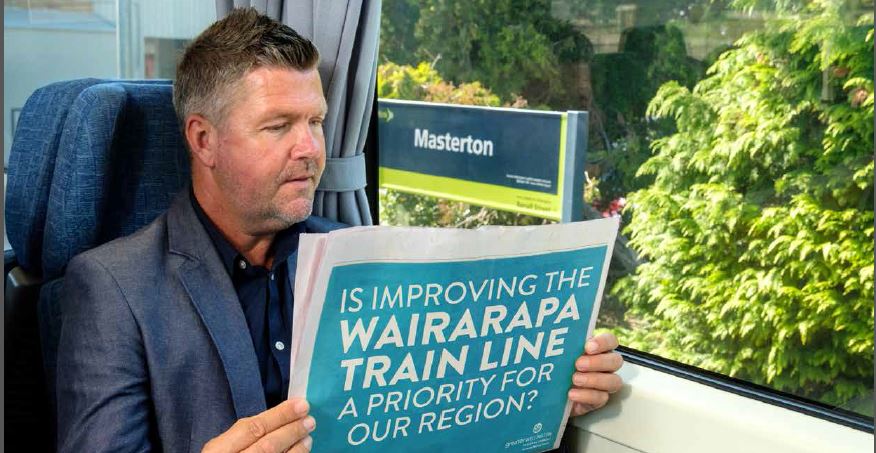 More people are using the Wairarapa train service and it’s a critical regional link. We know there are concerns about capacity and punctuality. We’re working to address these concerns, but we need a longer-term solution that also considers the growing passenger numbers and wider regional development outcomes.

Achieving a long-term solution for the Wairarapa train service is not something we can do alone. Improving reliability, punctuality and journey times means not just upgrading the trains themselves, but also the tracks they run on. The tracks and related infrastructure are owned and maintained by KiwiRail. In early 2018 we submitted a joint business case with KiwiRail asking central government to invest in catch-up renewals for the Wairarapa tracks and wider network infrastructure. This business case is for a total of $97 million and has a healthy benefit cost ratio of 2.7. We’ll know the outcome about mid-2018.

In addition to the track upgrades, we are investigating whether to replace the ageing trains on the Wairarapa line and the Capital Connection servicing Palmerston North and Ōtaki (currently owned and managed by KiwiRail) at the same time. In the meantime we will maintain and refurbish the current carriages.

We are at an early stage of this project and expect further work will provide greater clarity on options and costs. We propose to prepare a business case for consideration by the Crown along with our partners including KiwiRail, NZ Transport Agency, the Wairarapa councils and the Horizons Regional Council. Once this has been considered we will have a firmer view on the available funding options. If there are major changes we will consult with the community again.

Option 1A - our proposal

We have made an indicative allocation of funds, starting in 2022/23 that will provide for new trains for the Wairarapa line and Capital Connection. A new fleet of modern, lower emission, dual powered (electro-diesel) trains (15 four-car units) that serve both long-distance lines means more flexibility and capacity. It also allows for extra train services on both lines servicing Masterton and Palmerston North. This new fleet would enable four morning and four afternoon services between Masterton and Wellington and two morning and two afternoon services on the Capital Connection line. The train units would have the ability to run on electricity in the metro area and switch to diesel propulsion outside of the electrified network.

One important advantage of bundling the Wairarapa and Capital Connection trains together is that we achieve significant economies of scale – it’s very difficult and expensive to construct a small number of specialised train units.

We have assumed that central government will fund 90 percent of the new trains. This is the same proportion as the funding that was allocated for the first fleet of Matangi train units introduced in 2011. However, the funding provided for the purchase of additional Matangi train units was closer to 50 percent. The new Government has announced a review of the Government Policy Statement, which sets out its approach to transport policy and funding, and intends to review rail funding. While there is still uncertainty about this assumption, it is clear the Government intends to give greater priority to public transport, rail in particular.

While more regional funding may increase certainty, the overall affordability for ratepayers and investment in other priority areas must be balanced. We also have to consider that the Capital Connection train is currently owned and run by KiwiRail.

We have allowed for $33 million in capital expenditure over two years starting in 2022/23. This equates to 10 percent of the estimated total cost of $330 million (subject to further refinement as we progress the plan). This will be a loan, paid back over 30 years with an annual rates cost of $2.16 million. This is equivalent to an average of $6.40 (incl. GST) per ratepayer per year.

An alternative would be to provide no funding for new trains on the Wairarapa rail line or Capital Connection in the short to medium term. This would mean that the existing carriages would continue in service for longer – together with the use of KiwiRail locomotives at a cost of $32 million. We have allowed $17 million for ongoing maintenance and refurbishment of the carriages in our funding (see our Infrastructure Strategy) but there may be additional costs depending on the length of time the existing carriages are in use. Eventually, replacement carriages would still be required – this alternative delays funding for new trains for around seven to 10 years.

The effect of this alternative would be that levels of service would not be able to be significantly changed – the frequency of services would be similar to that at present. To provide additional capacity, there would be two possible sub-options:

Further work is needed to establish likely costs and the potential impact on rates.

The Capital Connection, which is run by KiwiRail, would continue with the existing carriages and Greater Wellington would likely continue to provide some funding to support this service. Funding would also be required from Horizons Regional Council and KiwiRail – this would require extra funding commitments from both organisations. There could be large costs to refurbish the existing carriages and keep them running – these are owned by KiwiRail and are therefore not included in our 10 Year Plan or Infrastructure Strategy.